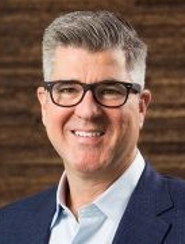 Commissioner Rich Newsome is a native Floridian and senior partner at the Newsome Melton law firm where he represents individuals and families in complex civil litigation. In 2016, he was selected as the “Orlando Personal Injury Lawyer of the Year” by Best Lawyers, a peer review publication. In 2015, he received the Steven C. Sharpe Public Service Award from the American Association for Justice, in recognition of his representation of a client. He is also a member of the Summit Council, a national group of America’s finest trial lawyers for plaintiffs.

After law school, Commissioner Newsome worked as a federal prosecutor for the U.S. Attorney’s Office in the Northern and Middle Districts of Florida where he prosecuted a variety of cases ranging from white collar fraud to narcotic conspiracies. In 2001, he was appointed by Governor Jeb Bush to the Fifth District Court of Appeals Judicial Nominating Commission and served as the JNC’s Chairman during his term.

Commissioner Newsome’s family has deep roots in Florida, going back nine generations to St. Augustine. He and his wife Marcy live in Orlando and have three children.